Here at Take My Scrap Car, we like to think that one of the things that makes us so different from most other car recycling companies in the area is the way in which we actually listen. And by that, we mean we listen to our customers and do our best to get to know the locality in general. We’ve been working with the people of Dereham for a great many years now and have come to know both them and the area in general pretty well.

Did you know that Dereham was once fortified during the Second World War, having been identified as a key village of importance for slowing down a potential German invasion of the United Kingdom? Who would have ever thought that just a few decades later, Dereham would go on to be twinned with the town of Rüthen in North Rhine-Westphalia, Germany!

As for what it is exactly that we do in and around Dereham, we’re in the business of collecting and appropriately disposing of scrap cars. We understand that for most people, this is a subject that is about as exciting as a trip to the dentist. For us however, car scrapping and recycling is what we do and all we do. Not only this, but we really do work as hard as we possibly can to try and make the process of scrapping an old car as painless and rewarding as possible. We can’t promise to make it much of a thrill ride, but we can at least ensure it is a simple as possible.

For example, rather than expecting you to bring your car to us, we will travel to you no matter where you happen to be in Norfolk. Being the considerate types that we are, we also do not expect you to take time out of your busy schedule to accommodate our working hours. Instead, we don’t really have any specific working hours as such – a we will come to you at a time that suits you, even if it’s an evening or a weekend.

So if you’d prefer to get rid of your car in a manner that is fast, friendly, efficient and rewarding, Take My Scrap Car is standing by and waiting to take your call. 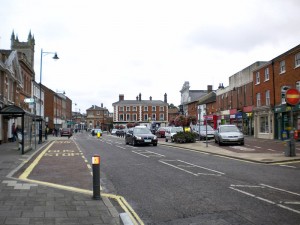 We happily scrap cars in Dereham!