Arminghall has a rich and lengthy history that belies its tiny size and modest population. Famed for its prehistoric wood circle – aka the Norwich Woodhenge – history buffs from all over the world flock to Arminghall for a unique glimpse into a time long since forgotten.

Here at Take My Scrap Car on the other hand we’re more about innovation and modern thinking. That’s why we went into business in and around the Norwich area, in order to bring the good people of Arminghall an alternative to the infuriating and unfair car scrapping services of years gone by.

Scrapping a car in Arminghall makes a genuinely agreeable alternative. Trying to sell a clapped out old banger can be fruitless and expensive…it never ends up going to plan. And as for using a standard car scrapping service, is it really fair to pay another service to take your car off your hands when you know they’re going to make money from it? Where’s the sense in just giving away an asset that still have some value to it?

There’s no sense in it at all, which is why we promise to pay you the best possible price for your scrap car in Arminghall, no matter how poor its condition may be. And it even doesn’t matter what kind of vehicle it is either – if it at least once had wheels and was made to transport stuff around, we’ll be happy to relieve you of it.

We call ourselves an Arminghall car scrapping service, but in reality we’re actually in the recycling game. Unlike other scrap yards that take your car, strip it off parts and then just leave the husk to rot on a pile, we make sure that every last shred of recyclable material is passed on to the factories that can put it back into use. Over 80% of a car’s steel can be made into new steel that’s 100% as strong and versatile as first-run steel – why let it go to waste?

Our full service package includes the removal of the car from wherever it currently lies in Arminghall, helping you with all the documents for the sake of the DVLA and finally putting some cash in your pocket to boot. We’re fully regulated and authorised to be doing what we’re doing and guarantee you won’t find a better deal in Arminghall or anywhere across Norfolk. 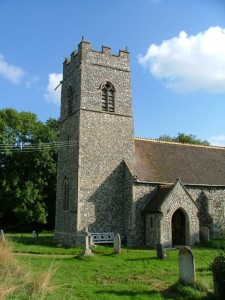