Prior to being called Ashill, this lovely corner of Norfolk went by the name of Asleigh – a name that translated as ‘Clearing in the Ash Wood’. No matter what you call it though, it’s still the same quaint and charming village it ever was in centuries gone by and retains a wonderfully unspoiled feel that’s rare across the UK as a whole today.

We’re proud to cover the village of Ashill with our unique car scrapping for cash services, which have already become extremely popular across much of Norfolk. Our reason for going into business was simple – we wanted to take all the problems with the conventional approach to recycling and make them far less unpleasant for car owners. Feedback from residents across Ashill and beyond confirmed that the idea of being charged to scrap a car really wasn’t fair and was not considered acceptable. As such, something new needed to be introduced whereby all involved in the process would be fairly compensated.

That’s precisely the system we came up with at Take My Scrap Car.

In all of the UK, old cars that are no longer fit for use are going to waste, when they could be put back into the system by way of recycling. We serve as something of a portal for the recycling system, taking the cars off the hands of their owners and processing them ready for recycling. There isn’t a car out there that is not suitable for recycling, which means that no matter what kind of rust bucket you have or where you’re located in Ashill, we can put it to better use.

But that’s not all, as we think it’s only fair to make sure that you get the best possible price for your vehicle. No matter what condition it’s in or how old, we can put it to good use and make sure you are fairly rewarded for doing the responsible thing. You might not get a fortune for it, but you’ll still get way more than you would if you just left it on the drive, or paid a lesser service to take it away for you.

We understand that car scrapping in Ashill can be a (needlessly) complicated process, which is why we’ll either help you with or take over every single step of the process. From the moving of the car right through to the DVLA paperwork, we’ll make sure all the right boxes are ticked in a timely manner. 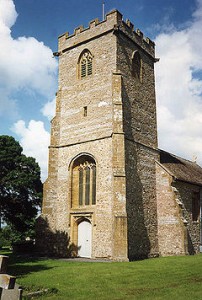